HAVE A FOOT PROBLEM? TALK TO A PODIATRIST   BOOK NOW

It’s estimated that around 4 million Australians live with arthritis. Arthritis can have a profound impact on your mobility and quality of life due to the chronic pain and physical limitations that it creates.

We see many patients come to our clinic who have arthritis in their feet or ankles. As experienced, qualified podiatrists, we can provide assistance with diagnosing and helping to manage pain and discomfort associated with arthritis.

Read on to learn more about arthritic ankles and feet, what causes them, and how we can help.

Arthritis is a term that covers more than 100 medical conditions affecting the musculoskeletal system. It affects the joints where one or two bones meet and is characterised by inflammation, pain, stiffness, swelling, redness and reduced motion. Arthritis can affect any joint in the body, but is particularly common in the small joints of the foot and the ankle.

There are 4 major type of arthritis that can affect the feet and ankles. These are:

This is the most common form which affects the whole joint including bone, cartilage, ligaments and muscles. Often referred to as ‘wear and tear’ arthritis, this type occurs when the protective cartilage at the end of the bones wears down. It develops slowly with symptoms worsening over time. OA mostly affects people after they reach middle age, but it can affect younger people too.

This is a chronic autoimmune disease that can affect joints throughout the body, but it mostly begins in the feet and ankles. In RA, the immune system attacks the lining of the joints which causes inflammation, swelling and joint damage. A characteristic of RA is that it often affects the same joint on both sides of the body. For example, if it affects your left toe, it’s likely to affect your right toe as well.

Post-traumatic arthritis is a type of arthritis caused by a physical injury to your joint. This can develop after an injury to your foot or ankle, such as a dislocation or fracture. If you sustain a joint injury, you’re seven times more likely to develop arthritis in that joint compared with an uninjured joint, even if that injury fully heals. However, like osteoarthritis, post-traumatic arthritis may take many years to develop.

Another common form of arthritis is gout. This is caused by tiny crystals that form in the joints of the body. These crystals are produced by a build up of uric acid, a type of waste material our body produces. Most of the time, uric acid is excreted by the kidneys but if there is too much, or it’s not excreted quickly enough, it can form as crystals in the joints, which can cause sudden and severe inflammation in the joint. While many joints of the body can be affected including the ankles, it usually affects one joint at a time, the most common being the big toe joint. Gout attacks often last around one week, and then may settle for several months or even years. However, it can also develop into a long-term condition. Symptoms of foot and ankle arthritis

What increases your risk of foot and ankle arthritis?

There is no one cause of arthritis, however there are factors that increase your risk of developing it. These include:

How is an ankle sprain diagnosed?

You may need several tests to diagnose your arthritis.

First of all, a physical examination is necessary to look for signs of tenderness, swelling, or redness. Your health practitioner may ask you questions about your pain, whether you’ve had a previous injury, or if you have a family history of arthritis. They may also examine your shoes to determine if there is any abnormal or uneven wear, and may assess your gait (how you walk).

Often other tests are required to confirm a diagnosis of arthritis. These may include:

treatment for arthritic feet and ankles

Unfortunately, there is no cure for arthritis, but there are many treatments to help manage its symptoms.

The following remedies can help reduce pain and inflammation associated with arthritis: 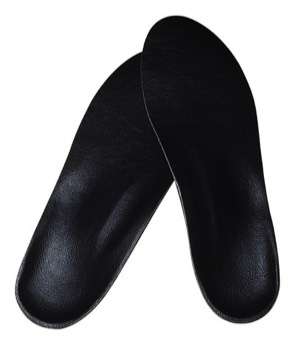 If you have arthritis in your feet or ankles, make an appointment to come and see us. We can help you manage your pain symptoms by providing you with advice about appropriate footwear, and prescribe orthotics or braces to take some of the pressure off painful joints. We can also help with exercises that will fight stiffness associated with arthritis in the feet and ankles, without aggravating your condition.

For some forms of arthritis such as rheumatoid arthritis, it may be necessary to take prescription medication designed to prevent or slow the immune system from attacking the joints. Corticosteroids may also be useful as they reduce inflammation and suppress the immune system. These can be in the form of injections or oral medication. In rare cases, surgery may be recommended if your pain is not relieved with the above methods, or if your arthritis has led to a deformity or disability.

Can you prevent arthritis?

Preventing arthritis in your feet and ankles isn’t always possible. However, you can reduce your risk by:

Arthritis in your feet and ankles can cause significant pain and impact your life in many ways. Why not give us a call and make an appointment? There is a lot we can do to help.

Can you have arthritis in your feet?

Can arthritis cause numbness in legs and feet?

Does acupuncture help arthritis in feet?

There is some limited evidence that has shown that acupuncture can help people with rheumatoid arthritis.

Are compression socks good for arthritis in feet?

Compression socks may be good for arthritis. They provide support for painful joints and can reduce localised inflammation and swelling. What are custom made orthotics and how do they differ from other orthotics?

request an appointment. ask a question